I'm glad to say that I seem to have got rid of all of my bugs and germs and I've been busy recycling. I went through all of the Christmas cards that we received this year the handcrafted cards have gone into a separate box while the rest have been deconstructed and remade into other cards. The featured card here just needed a bit of sparkly paper as matting and an insert to be popped in. Below is a small selection of the others that I have recycled. It has certainly given me a head start of my card making for Christmas 2020. I'm off now to enter the first Rudolph Days Challenge this year, Maureen has a choice of prizes for the lucky person who will be chosen at random to win. 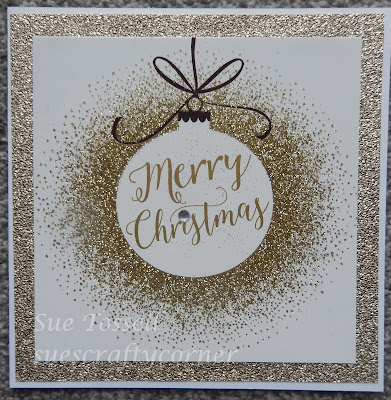 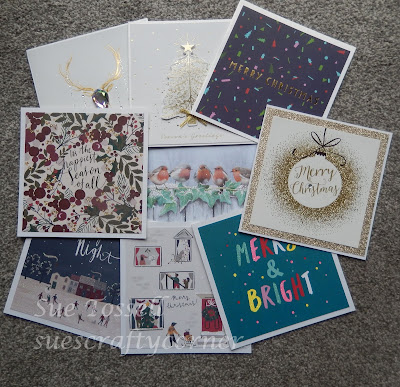 My Favourite Stamps And A Do Over Please

After the last two months of last year when I was either just getting over a cold and cough, or getting another I was pleased to see the start of the New Year while still suffering from what I hoped was the last of a series of colds that we were being handed around the family. To be honest it was why It took me so long to get blogging again this year. But that was not to be the case. At the beginning of last week after posting my Mum's birthday card I decided to make my card for the Stamping Sensations challenge which is My Favourite Stamp this month. As most of you will know I LOVE LAVINIA STAMPS, I even made my calendar with them last year and I was loathed to throw it away. So I set about recycling it and managed to make the pictures that I saved into 10 cards. I had just finished them when it felt like I had run into a wall and took myself to bed on Wednesday. By Thursday morning I was sure that I had the dreaded Tonsillitis and this was confirmed by the Doctor and a prescription for Antibiotics. I'm glad to say that I'm beginning to feel better, but the antibiotics have given me an awful unproductive cough which I'm hoping will go away when I finish all the pills. Hence the title of my blog post and the request for the Do Over, I really would like to start this year over again. The card below is My favourite scene from the Calendar, and the scene that I used for July. There are to many of Lavinia's Stamps that I love that I can't just pick one. 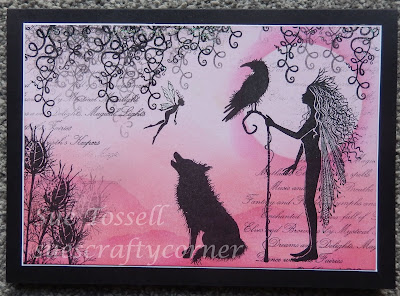 Thanks for taking the timeto visit and for your comments which are always appreciated.

Say It With Flowers

Sorry that I have been absent for a while. but what with Christmas and New year and then hubby bought me a new PC and it's taken a week or so to get everything sorted out and installed. Yesterday was my Mum's 89th Birthday and this is the card that I made for her. It uses paper and flowers from the Peony collection from Heartfelt and also some gorgeous Peridot coloured mirri card that came from Crafters Companion in one of their packs. The sentiments came from Creative Crafting World. I'm glad to say that she loved it. It just so happens that the challenge over on the Allsorts blog this week is Say It With Flowers, so I'm going to pop across and join the fun this week. 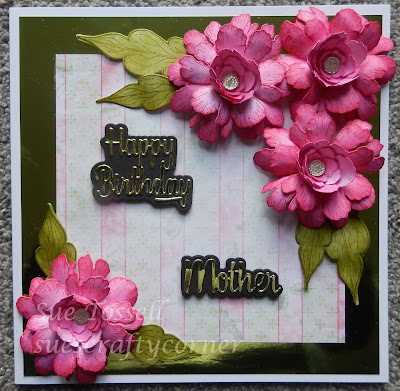 Thanks for taking the time to visit and your kind comments which are always appreciated.