I've been so busy since returning from our cruise last week, but I did manage to download the photos to the PC, so I thought I would share a few with you. The scenery was fantastic. 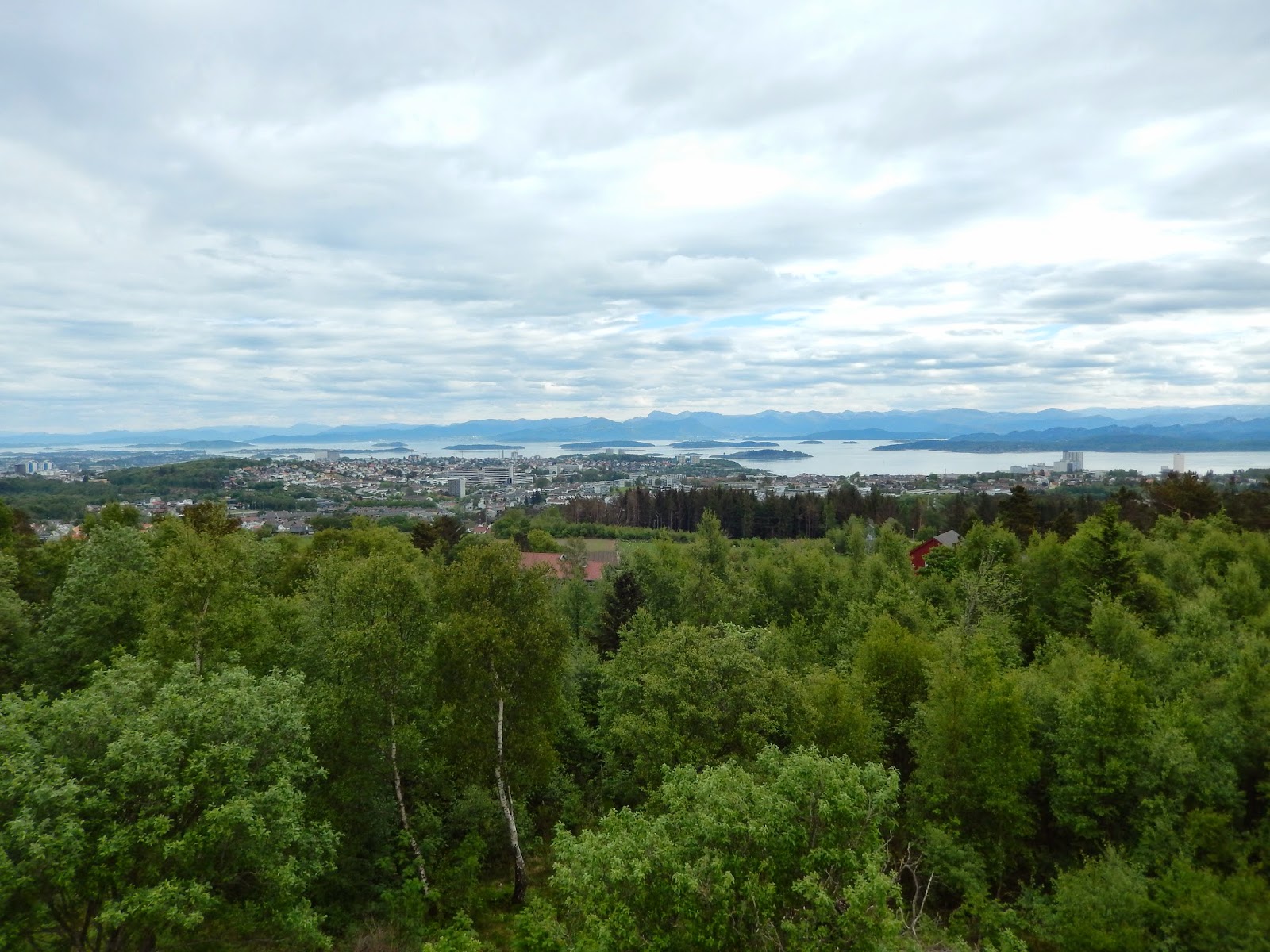 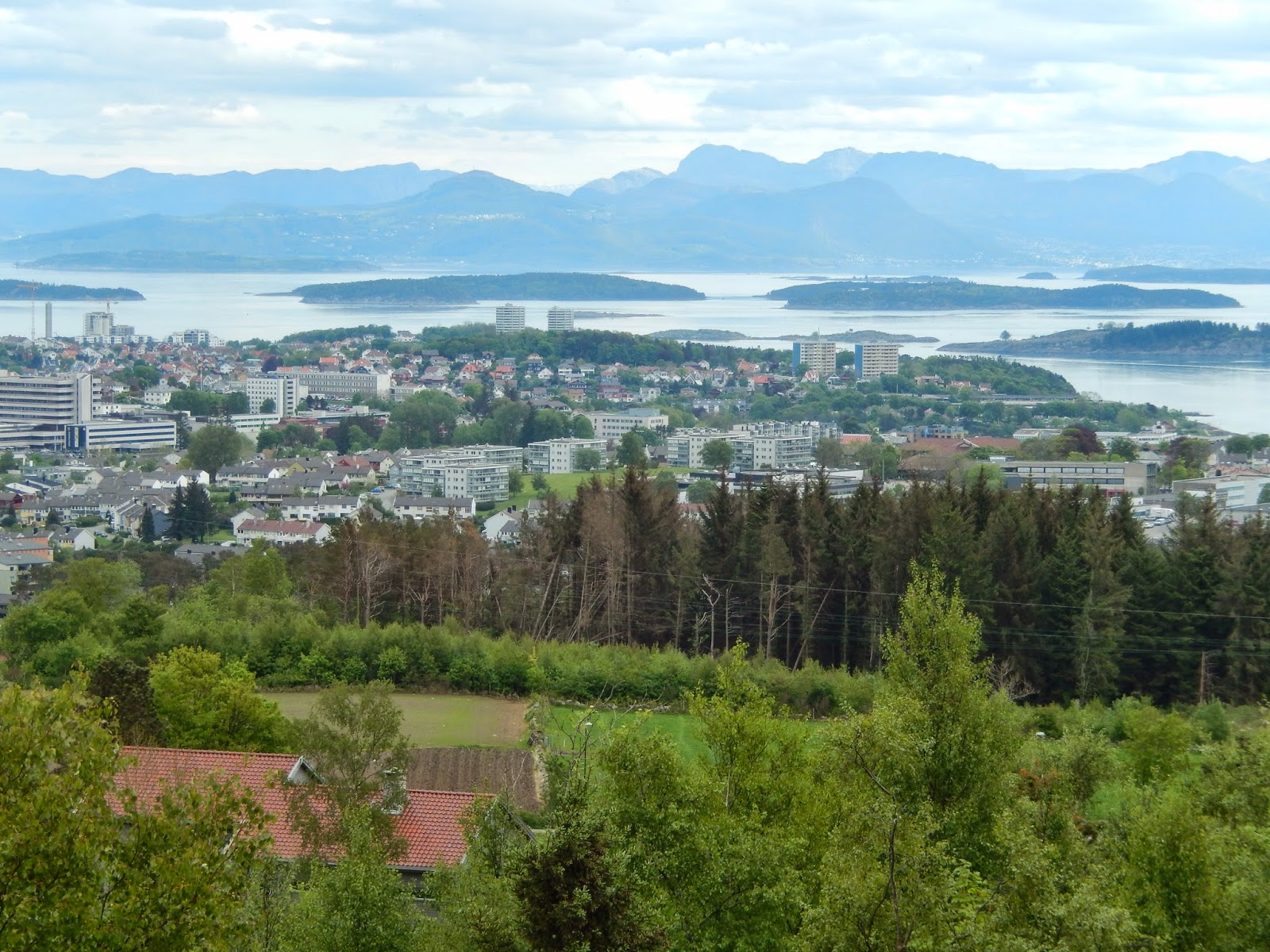 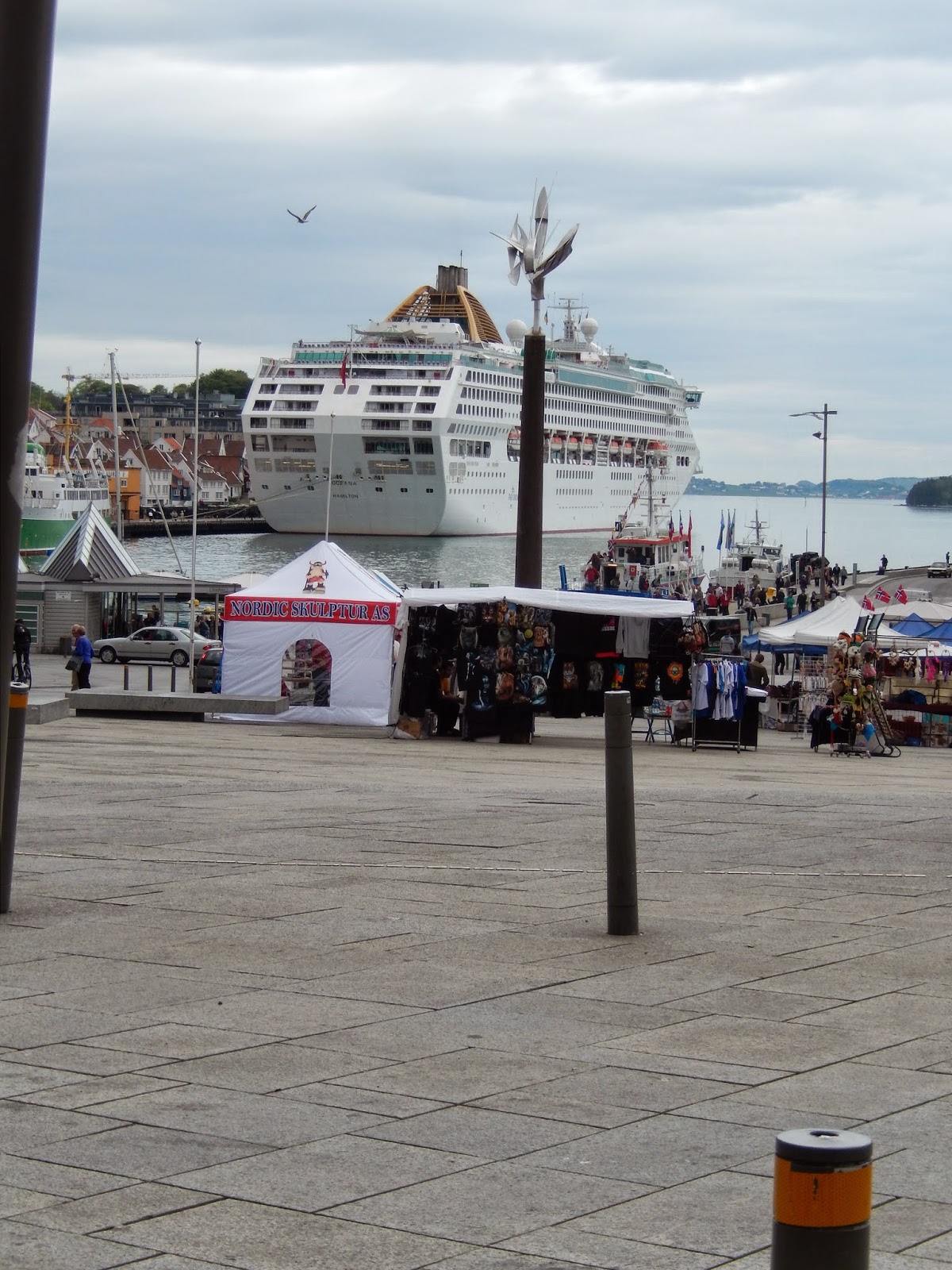 These top three were taken in Stravanger. 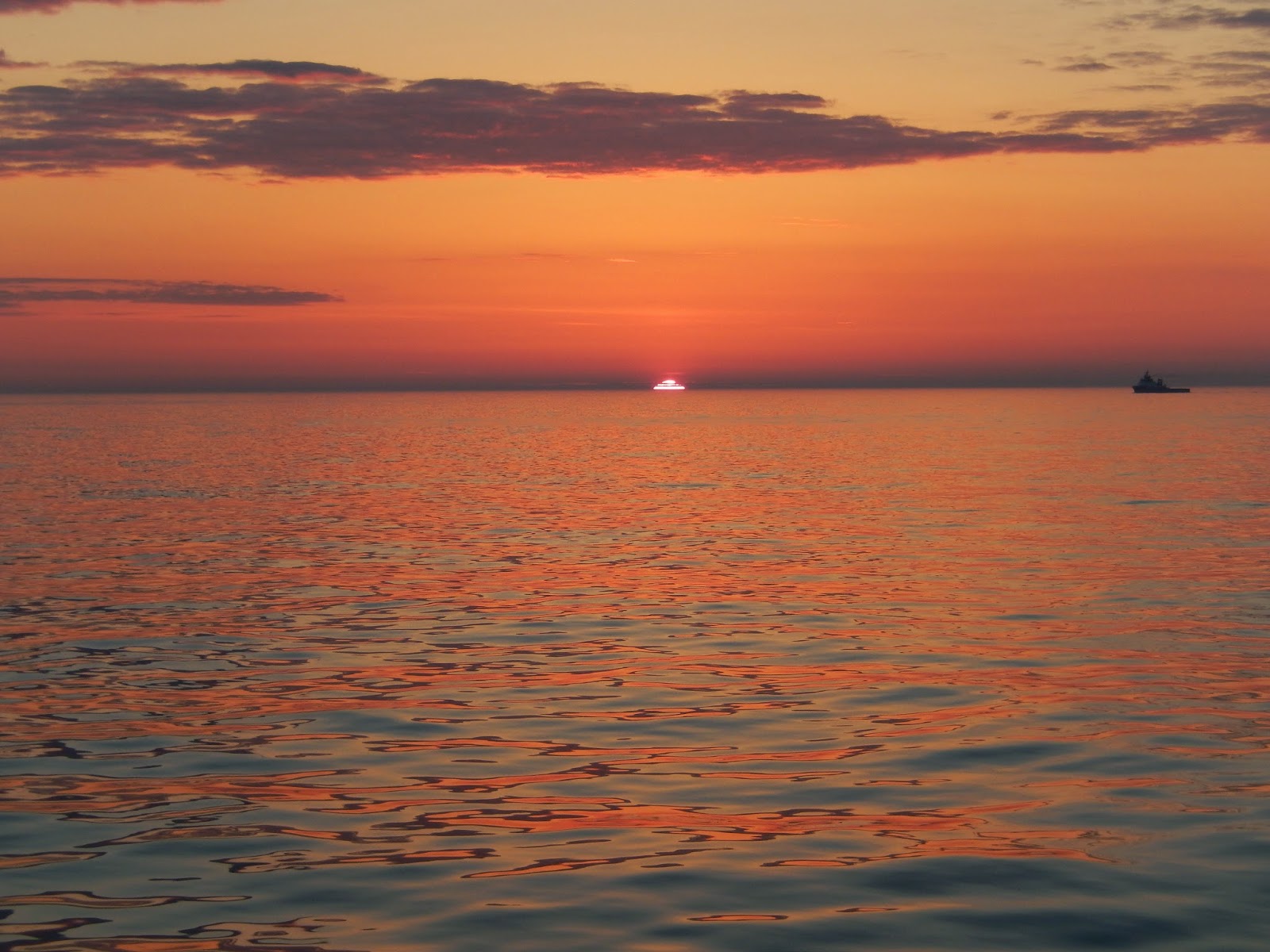 One of the stunning sunsets. 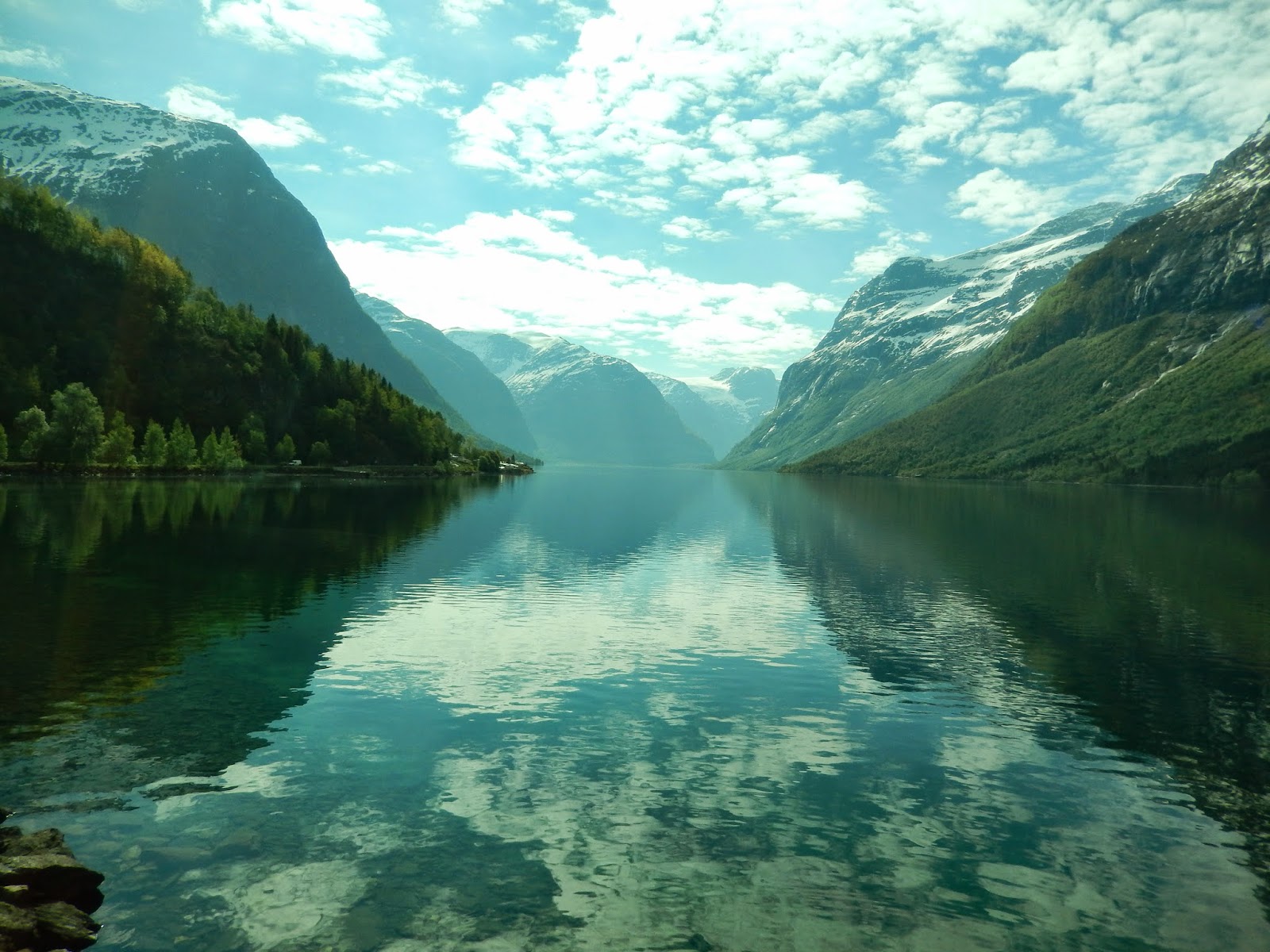 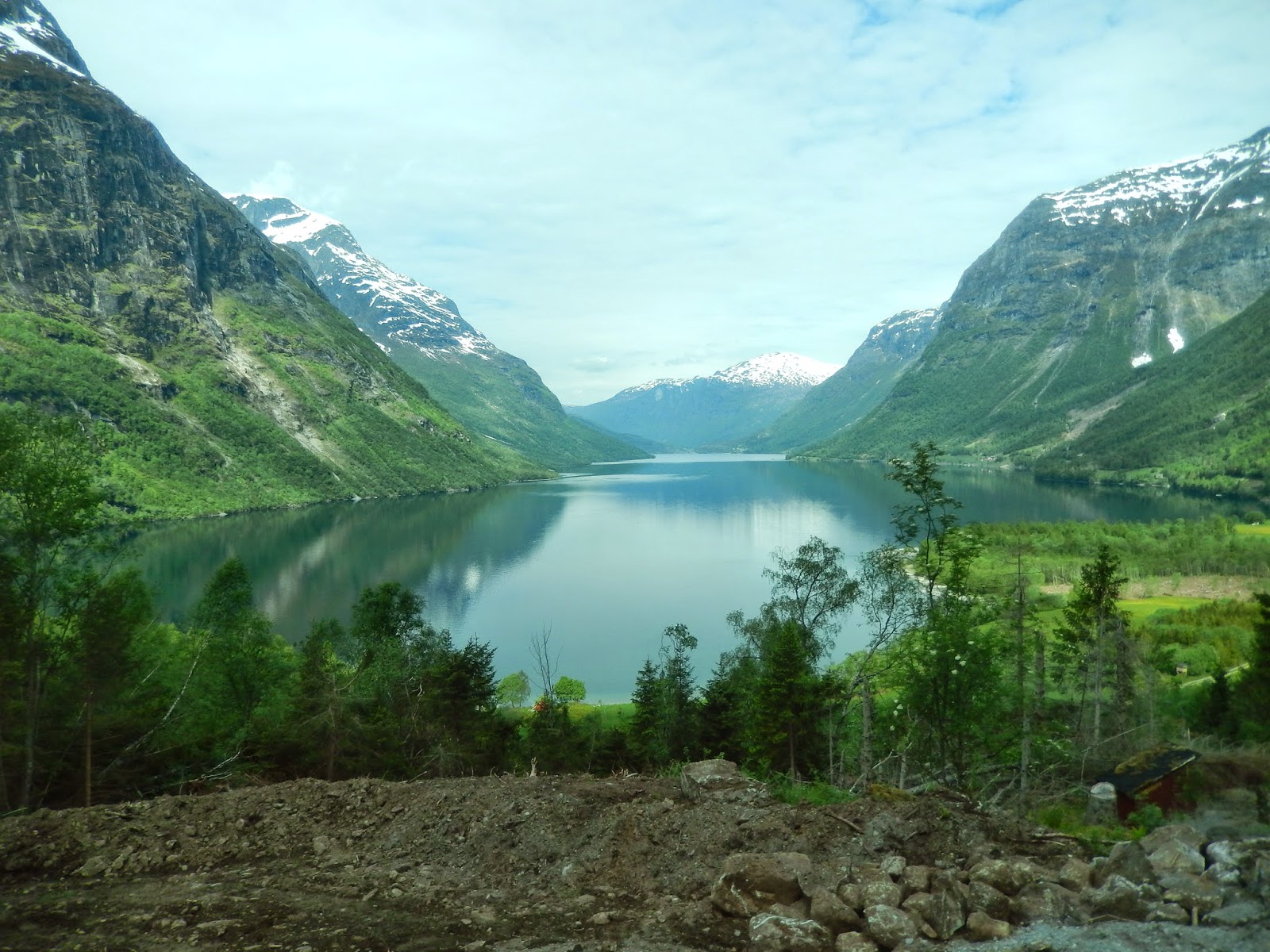 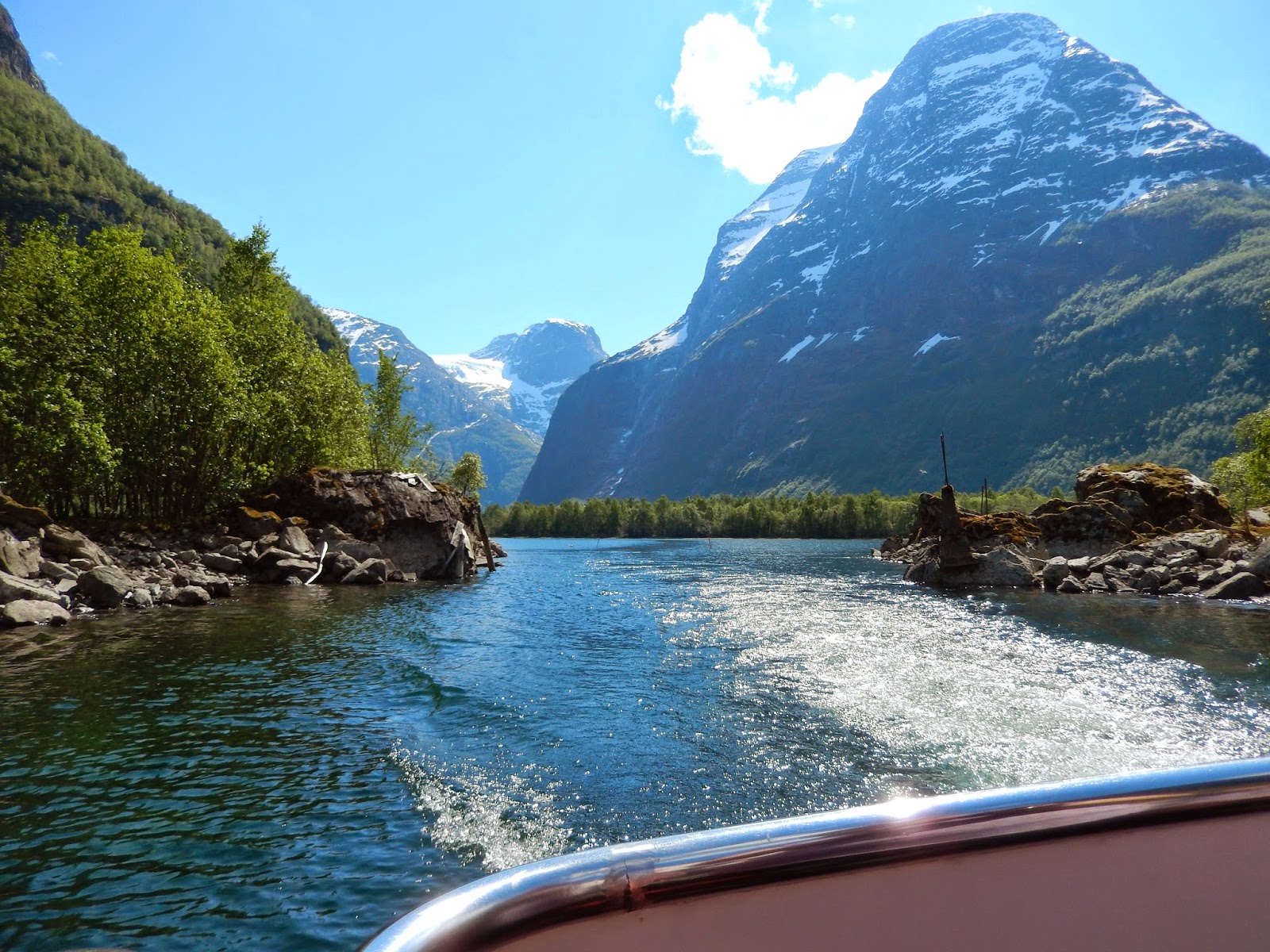 These three were taken at our stop at Olden - one of the most scenic places I have ever been too. 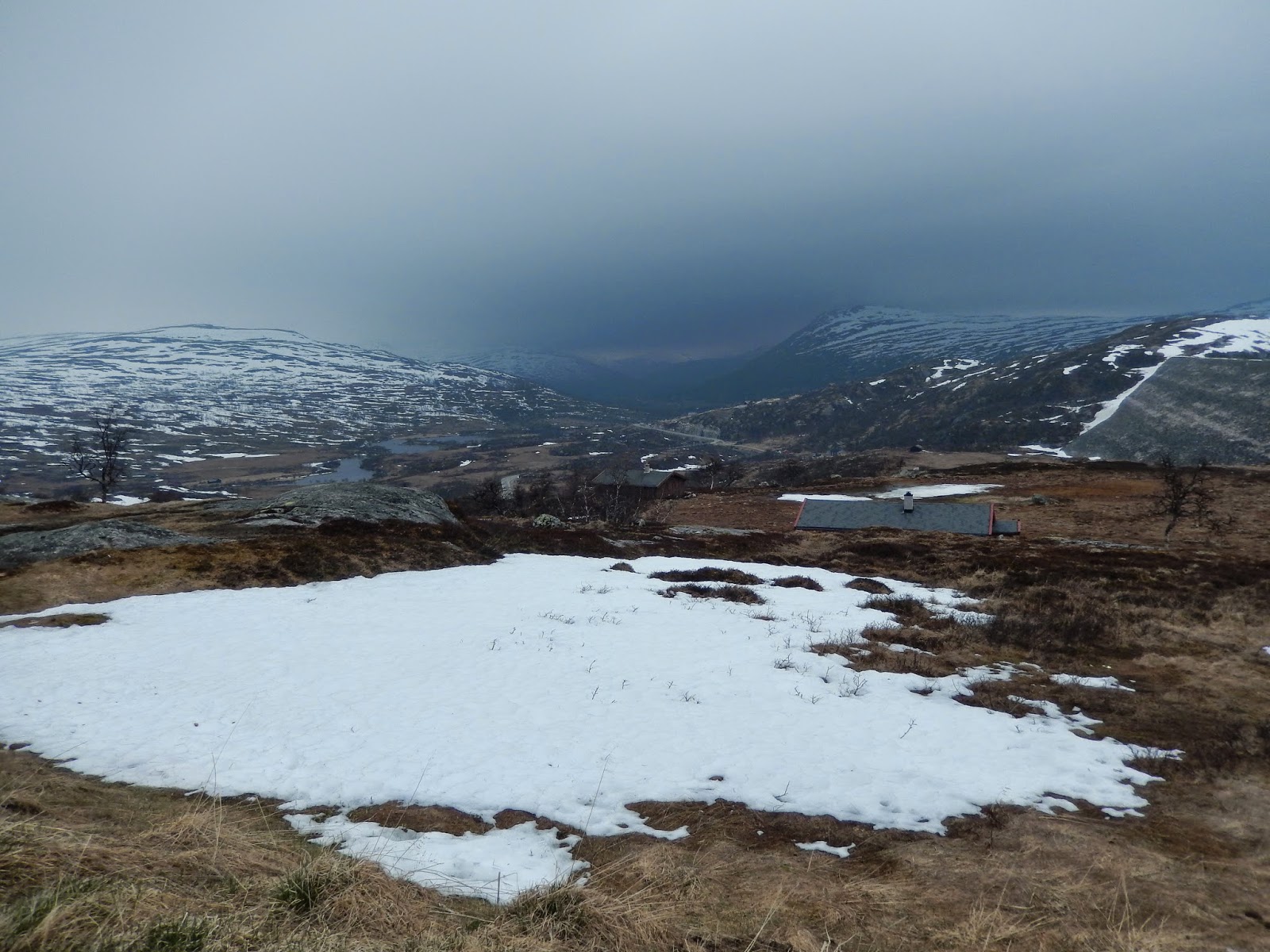 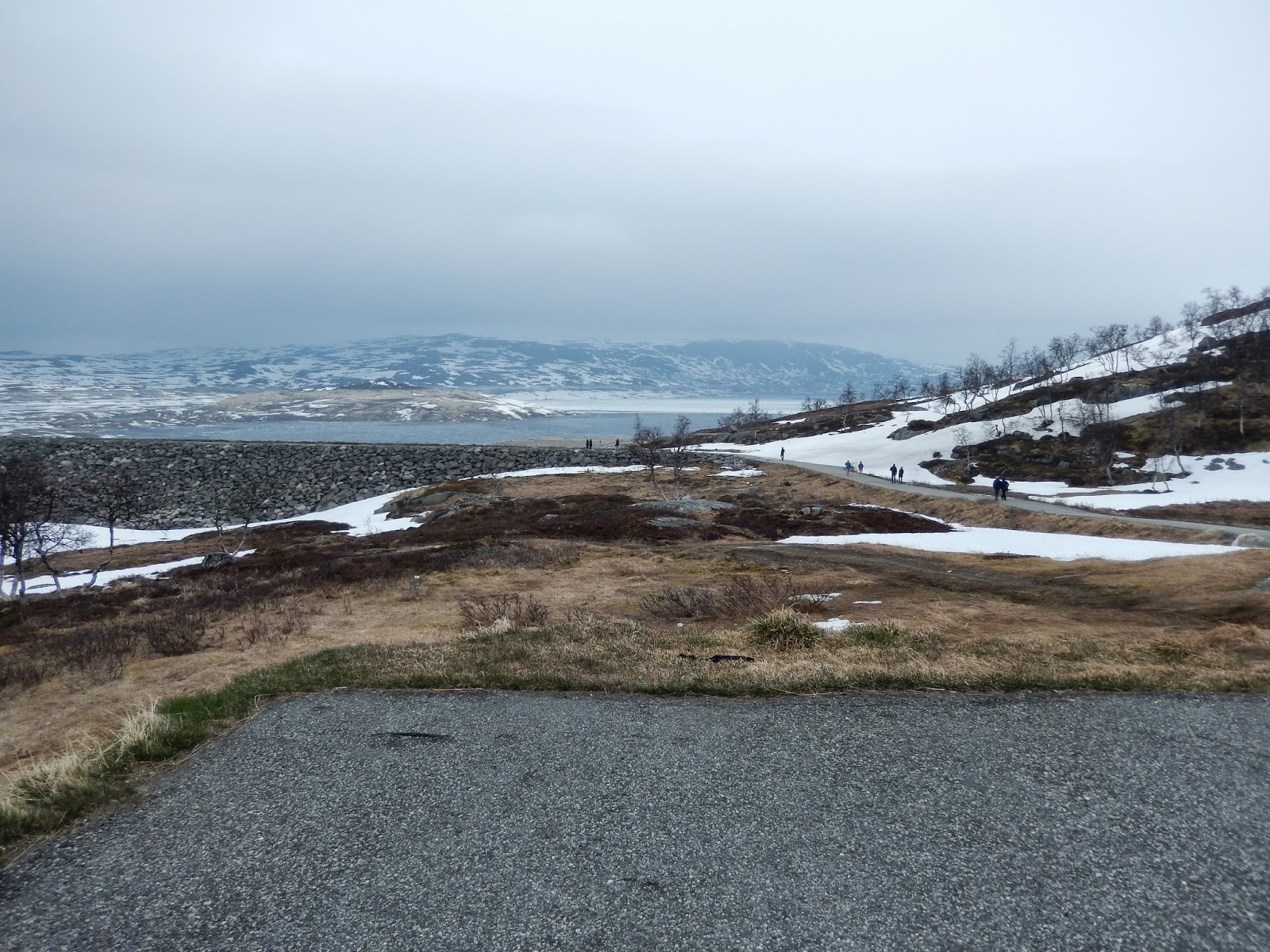 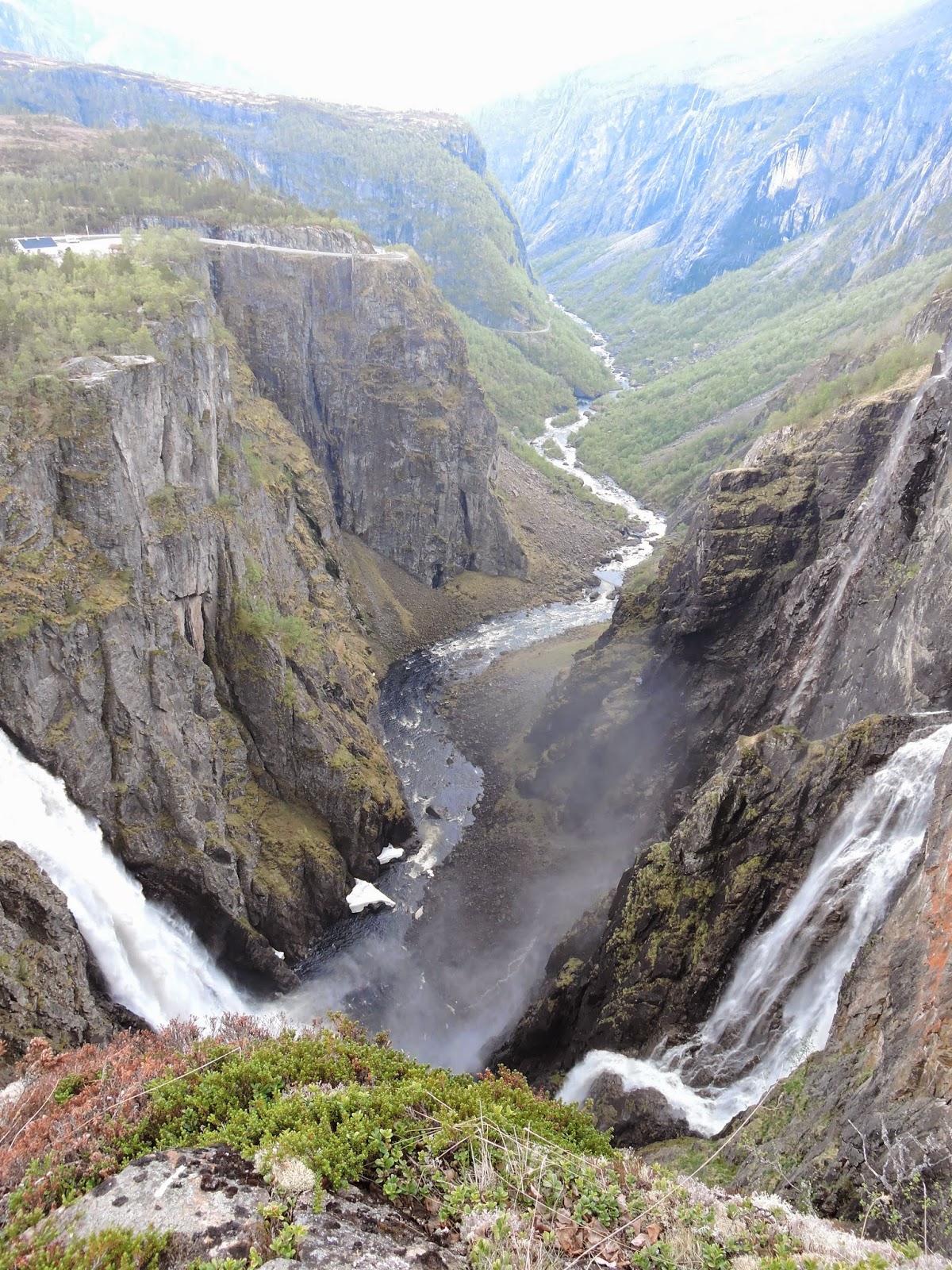 These next three were taken when we stopped at Eidfjord - Our trip on this day took us up into the mountains and a Dam that supplies Hydro electric power. Although you can't see from the photos the dam was still frozen, and although the snows were melting it was still extremely cold (so glad we took coats).

This was taken on our last trip ashore at Kristiensand - The trip we did was called the WW11 experience. This gun is placed on the most southerly part of Norway and was put the there by the Germans when they invaded Norway in 1940. There was also a similar gun placed opposite on Denmark, together these guns covered most of the entrance to the Baltic Sea, making it very nearly impossible for anything to travel into these waters during the war. We then went onto visit the place when the SS set up it's headquarters in Norway, where there is now a museum to the  Norwegian resistance, and also the dungeons where the SS carried out there interrogations on the Norwegians. During their occupation there were over 2000 people killed by the SS and those that were not killed were taken to work camps in Poland. It was a very moving experience. The week was over far too soon, but we had a fantastic time. I hope that I've not bored you with the photos. If you click onto them they will enlarge.

Craft A Scene - Week 3 - Create your own Flower Garden

I'm scheduling this post, because by the time this goes live I shall be on the high seas (well I hope they're not too high). Hubby and I booked a last minute deal to go to the Norwegian Fjords aboard the P & O ship Oceana. So the passports are ready, clothes sorted and now were just waiting to set off. Anyway enough of our holiday and onto todays card. It's week three over on the Craft A Scene blog, so we are still asking for your cards making a flower garden. For my card I have used all stamps from Chocolate Baroque, the cottage is from Home Sweet Home  set (you'll notice if you look at this set that I did not ink up the tree that was behind the cottage), the flowers at the front are from the Floral Edges set and finally the tree and tall flowers are from The Patchwork Landscape set. I drew the hills behind by hand and then used pro markers to colour the scene . Last of all I popped the scene onto some white card before mounting in all onto a 6x6 blue card. There's still plenty of time to join us this month, so do pop over to the blog and take at look, there is lots of inspiration for you there. One of the DT has even used an old embroidery transfer to create here garden. All I have to do now is hope that my Son does not forget to water my own garden and greenhouse, when he gets in from work this week. 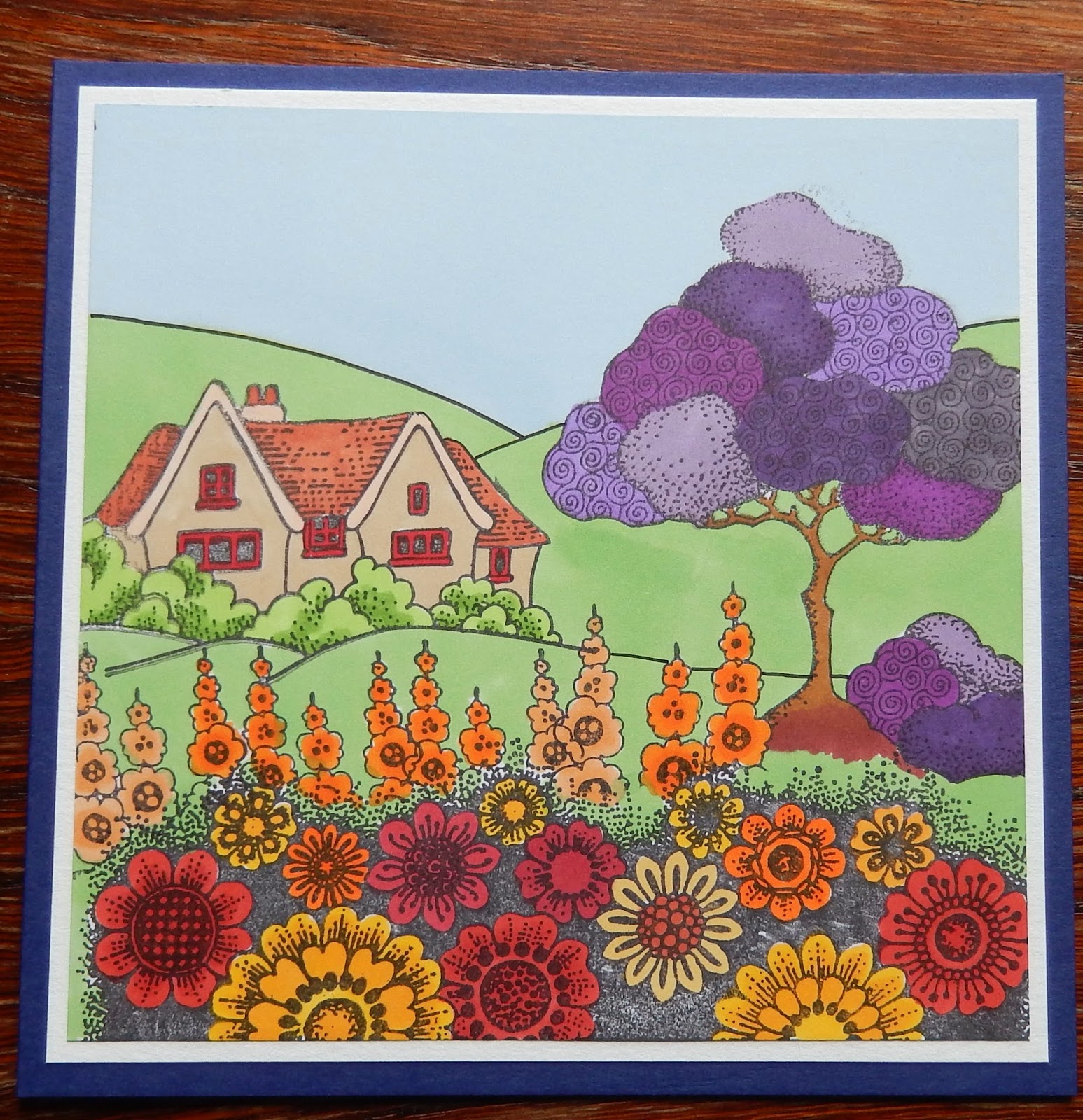 A Taste Of India

I love all of Sheena Douglas's gorgeous stamps and the Taste Of India stamps and embossing folders were no exception. So I bought them, cut them out ready to go and then they sat on the worktop ready to go. So yesterday I cleared a space, dug out the card and made this. It is for my husbands Brother-in-law, who's birthday next month. He and my Sister-in-law love holidaying in Goa, so this seem rather appropriate. I used two of the embossing folders and the large elephants stamp, along with some twinkling H2o's, guilding wax, distress ink pads, a little luminate gold paint and a sentiment which was from a Fiskers set of birthday sentiments.. 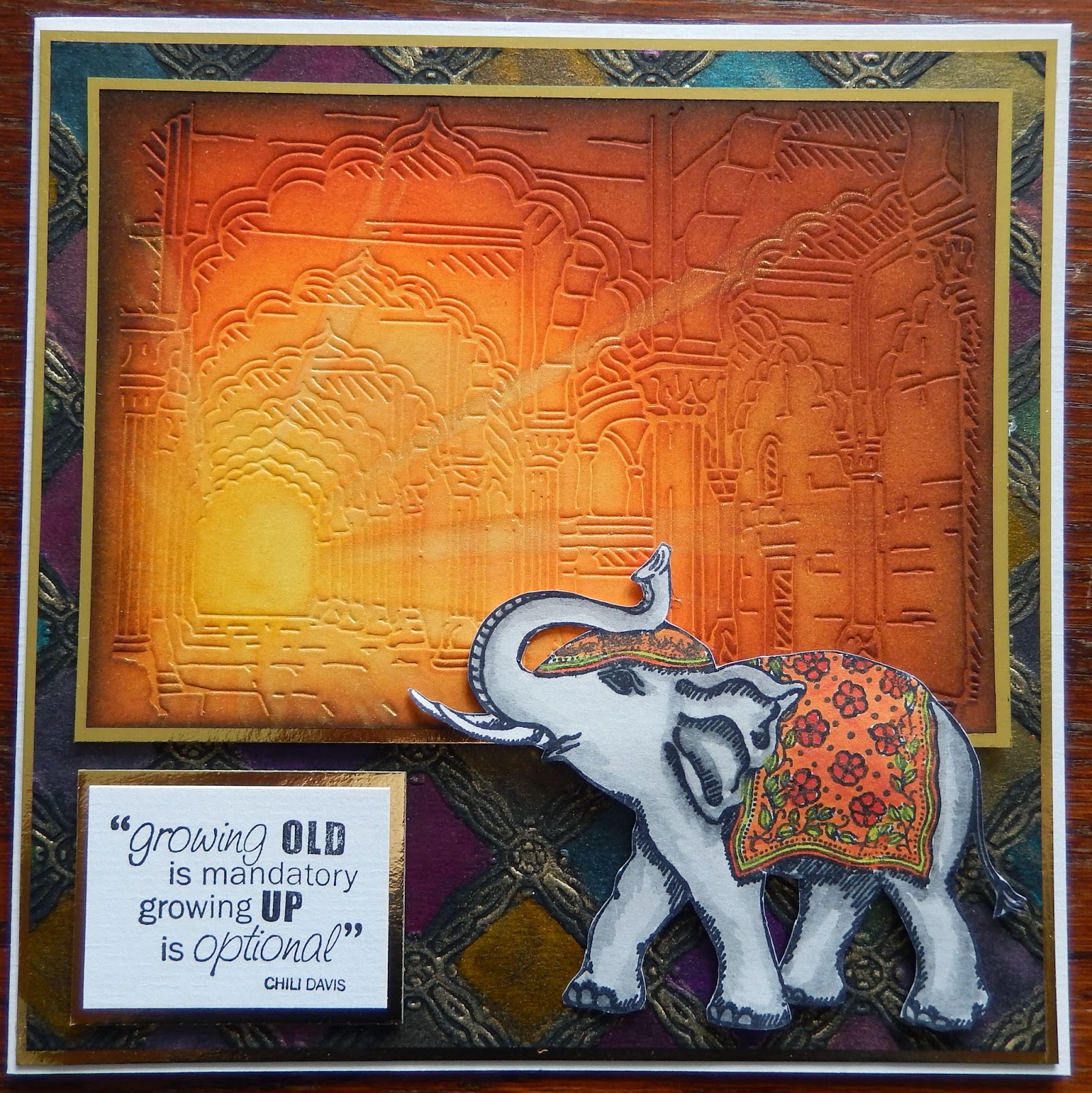 Another month has crept past, I can't believe that we are now in May. Still that does mean that it time for another new challenge over on the Craft A Scene blog and this month we're asking that you Create A Flower Garden for us. For my garden I've used all Chocolate Baroque stamps, but from different stamp sets. After stamping in Memento Black Onyx I coloured everything with promarkers, I then matted onto some white card and popped it onto a 6x6 green card base. I do hope that you'll be able to join us this month and do pop over to the blog and take a look at the wonderful inspiration that the DT has made. 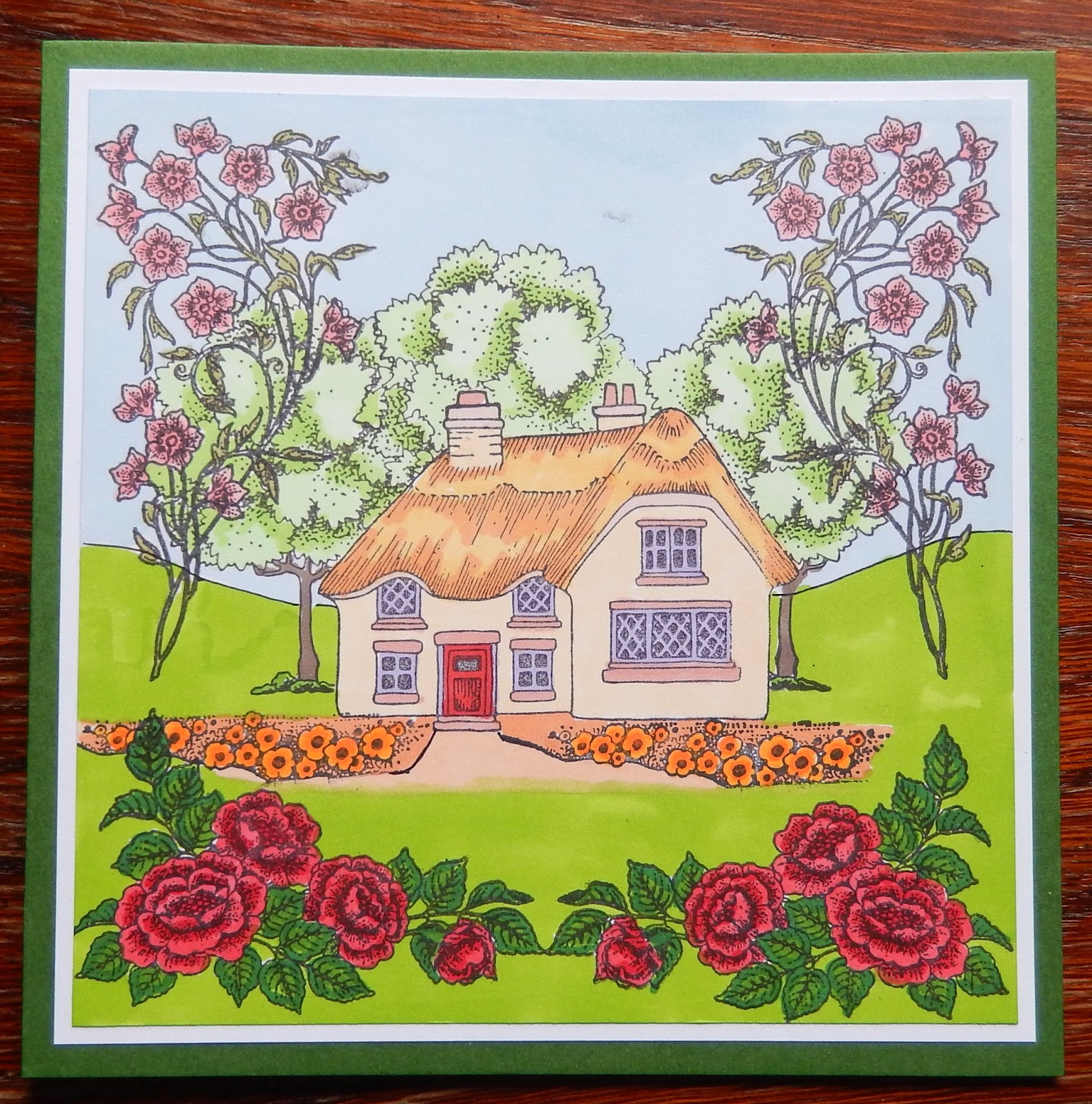 I had just finished this card, using the fab new stamps from Chocolate Baroque - fabulous flappers, when I spotted that the new challenge over on the My Time To Craft blog is Art Deco (a very popular theme recently). So it was the perfect excuse to pop it onto here and enter. Like my first card the other day this started out as a tag, then I got out my Dylusion sprays (bubblegum pink and funky fuchsia) after covering my card with these I then added detail to the backing paper by stamping one of the roses that are on the stamp sheet, and also the sentiment which is from another Chocolate Baroque set - Macintosh Sentiments. I then popped it onto some black card, before putting it onto a white A5 card base. 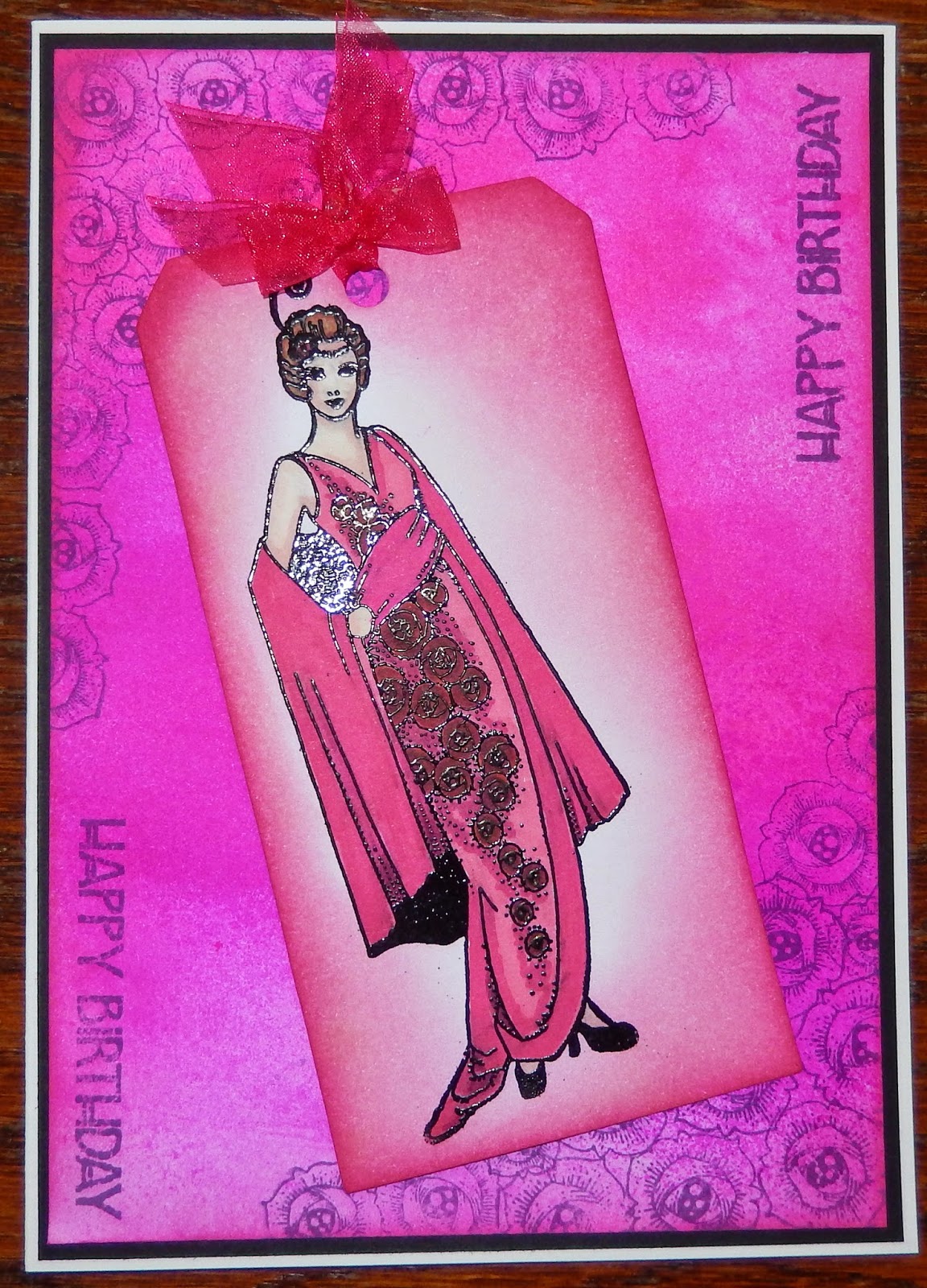 On Sunday it's Father-in-laws Birthday, and this is the card that I've made for him. I've used Creative Crafting's - Pollyanna Pickering - British Wildlife Cd. He loves owls so this image was perfect for him. It's also perfect for the CD Sunday challenge this week which is For Someone Special. I used an 8x8 card base, gold mirri card for matting and layering and backing papers from the CD. Dad was cut on the cricut and the Happy Birthday sentiment was from Tonic dies. 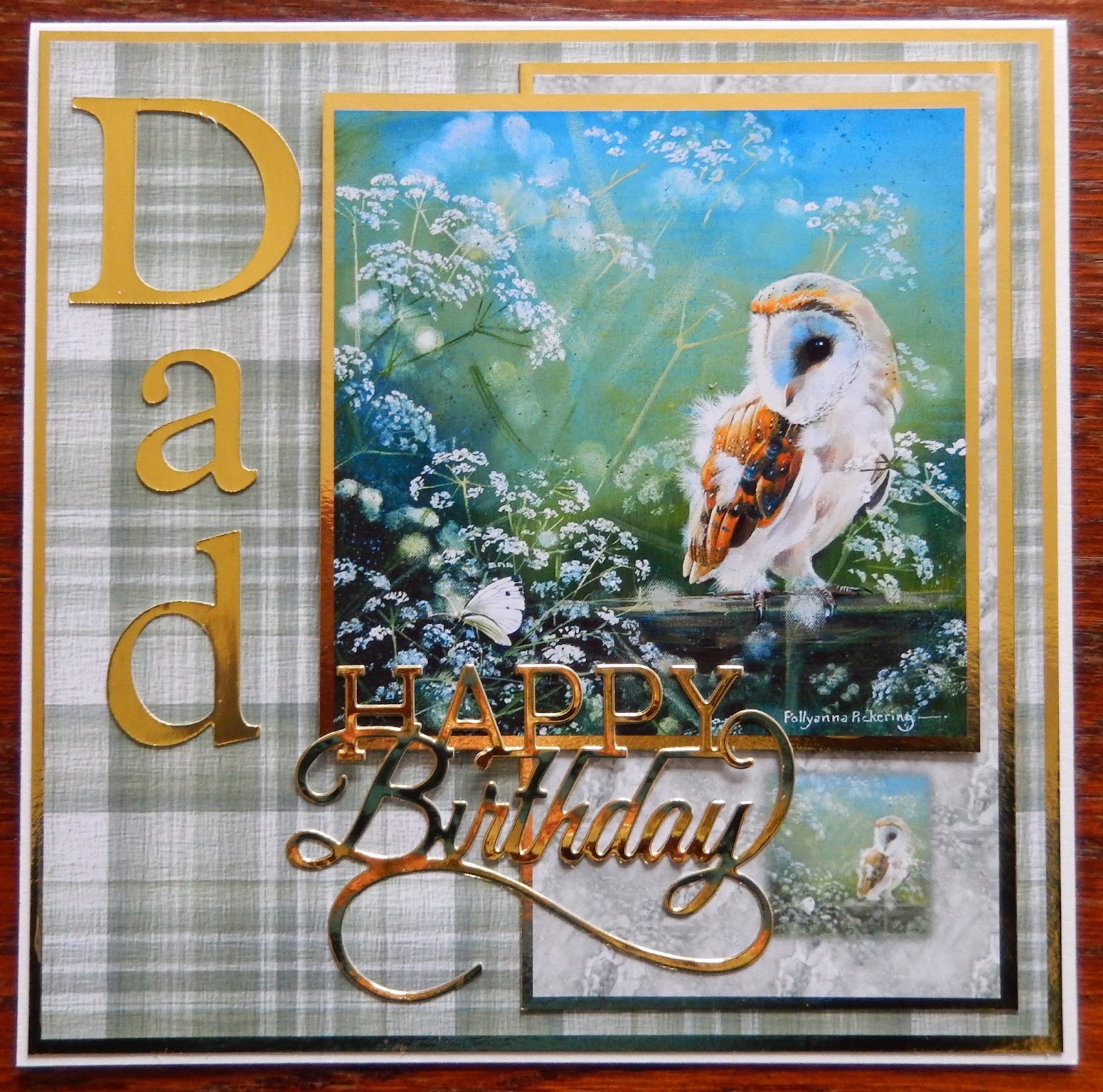