Just popping in quickly this morning with my entry for this months Rudolph Days Challenge. Once this is posted I'm off for a few days away. I found some gorgeous wide ribbon in my local Costco recently and decided to make some cards using it. The ribbon is 2 1/2 inches wide, so makes quite a statement. I cut the ribbon to length and then placed around some white card before adding a sentiment to a base card and then adding the piece with the ribbon. Quick to make so I made 5 of each to add to my collection this year. 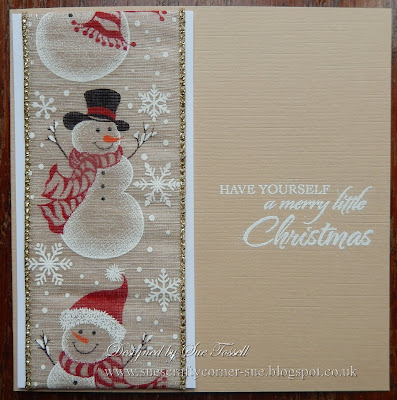 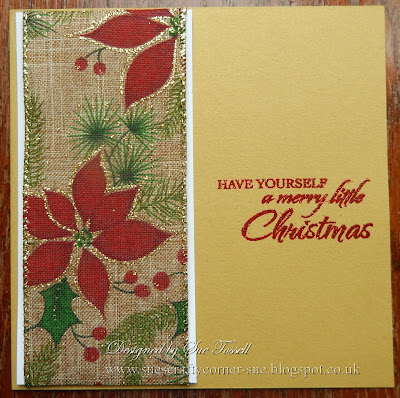 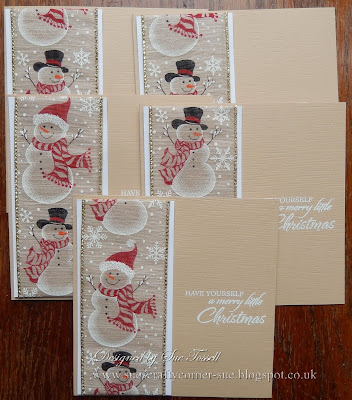 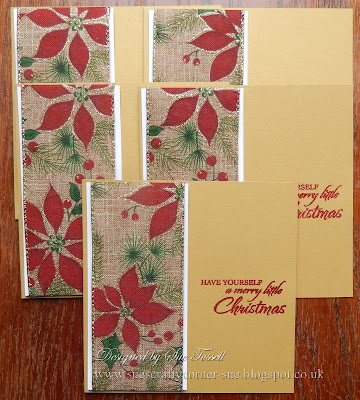 I'm here today to share a card made for my Eldest Niece's birthday earlier this month. It was made using Lavinia stamps and Distress Oxide sprays. I tend not to put sentiments on the front of these type of cards as I know that a lot of people that I've made them for have kept them out all year round. I do like the new dragon stamps that were bought out recently, especially when making cards for more adult cards. 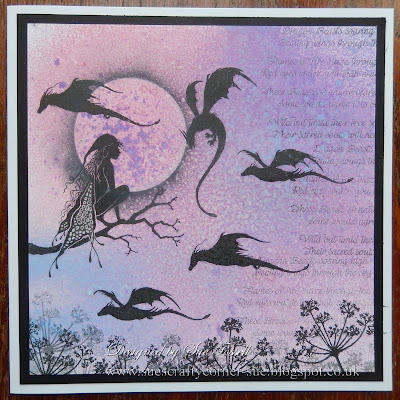 A Workshop Or Two

Last weekend saw me up at the crack of dawn, no I lie it was still dark when I got up, as I was off to a one day workshop with a friend. It was just outside of Coventry and held by Clare Charvil from My Creative Spirit. Where we made a lovely Travellers Notebook using the beautiful papers from the Graphic 45 Kaleidoscope Collection. It was going to take about 2 hours to reach the venue from home, which involved a trip up the A34 between Newbury and the M40. Then along the M40 for some way. I'm just glad to say that the weather was better than today. When we got onto the M40 and joined there were hundreds of Motorcyclist on the road, and when I say hundreds we drove past 22 miles of them, it was quite a sight to see. We found out later that it was the Ride To The Wall. (I've linked the last bit for anyone who wishes to find out more). We arrived with time to set up and grab a cup of coffee before the day started at 10.00 am. 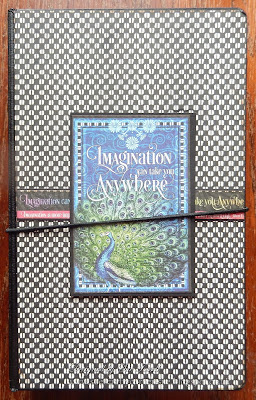 Only a picture of the front of my Travellers Notebook as I've not taken any of the inside yet. We finished up the day by having a meal with a friend that we met up with for the day before heading from Coventry over to Kettering for the night. Where on the Sunday we were off to another one day workshop. 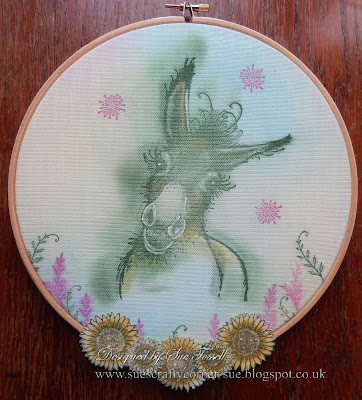 Sunday saw us finding our way to Brigstock  Village Hall, were we attended the first ever workshop to be held by Pink Ink. We were greeted by Mel and Kathy on our arrival and were made to feel very welcome. We were split into two groups and the first half of the day we spent with Kathy learning how to stamp and paint onto fabric. This was something that I had wanted to try for sometime, but was a bit nervous of trying it. I hope you'll agree that my first attempt didn't turn out bad. In the afternoon we moved over and had a wonderful time With Pauline Butcher using paints, ink and water colour brush pens and made the decoupaged card below. I used the same stamp for both of my projects, the new Donkey stamp that has just been released. This was given to us as part of the workshop (the choice of one of the four new stamps that were released the previous week), although we did have the choice to work with any of their beautiful stamps. I'm glad to say that we had a fantastic weekend and the weather even stayed fine for the journey home. 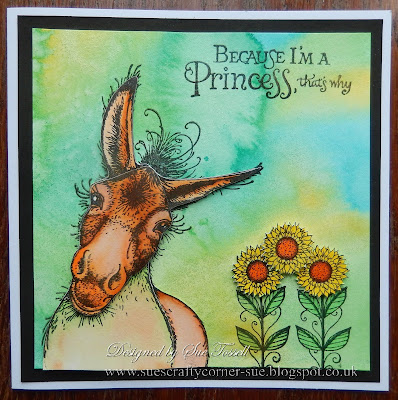 It's been a busy month so far with lots of celebrations going on. First it mine and hubby's 39th wedding anniversary on 4th, then on the 5th it was my eldest niece's birthday closely followed by her younger sister on the 8th. Then yesterday it was my Daughters birthday. My mum has 4 grandchildren and the 3 girls are all born within days of each other although on different years. Which brings me to my card today which was made for my Daughter using another of my favourite company's stamps, Lavinia. The background was made using distress oxide sprays, then some shading and hills added using distress ink, I used three different shades of browns for the leaves on the trees to give the feel of Autumn. I'm off now to join in the challenge over at Stamping Sensations which this month is Trees, Leaves and/or Autumn. 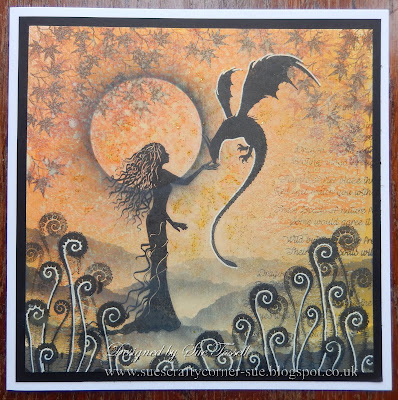