Inspired By Our Recent Holiday

When we returned from our holiday, I had a small pile of stamps waiting to be cut out. Some that had been waiting from before Christmas, some that arrived while I was away. While cutting them out I was reminded of our trip by these beautiful shell stamps by Sheena Douglas. So when I had finished cutting them all out, my journal was taken out and I did this page. We have been many time to Florida, but this was the first time we had been to the west coast. It's such a beautiful area, I know that we shall go back again. The west coast also has lots of small islands just off of the main land, and to get to them there are lots of causeways and bridges built. As you go across the causeways you can park along them, and get out. So many of the locals fish off of the causeways, and as hubby is a fisherman had to stop and take a look. All along them there are shells, some big, some small and all different types. 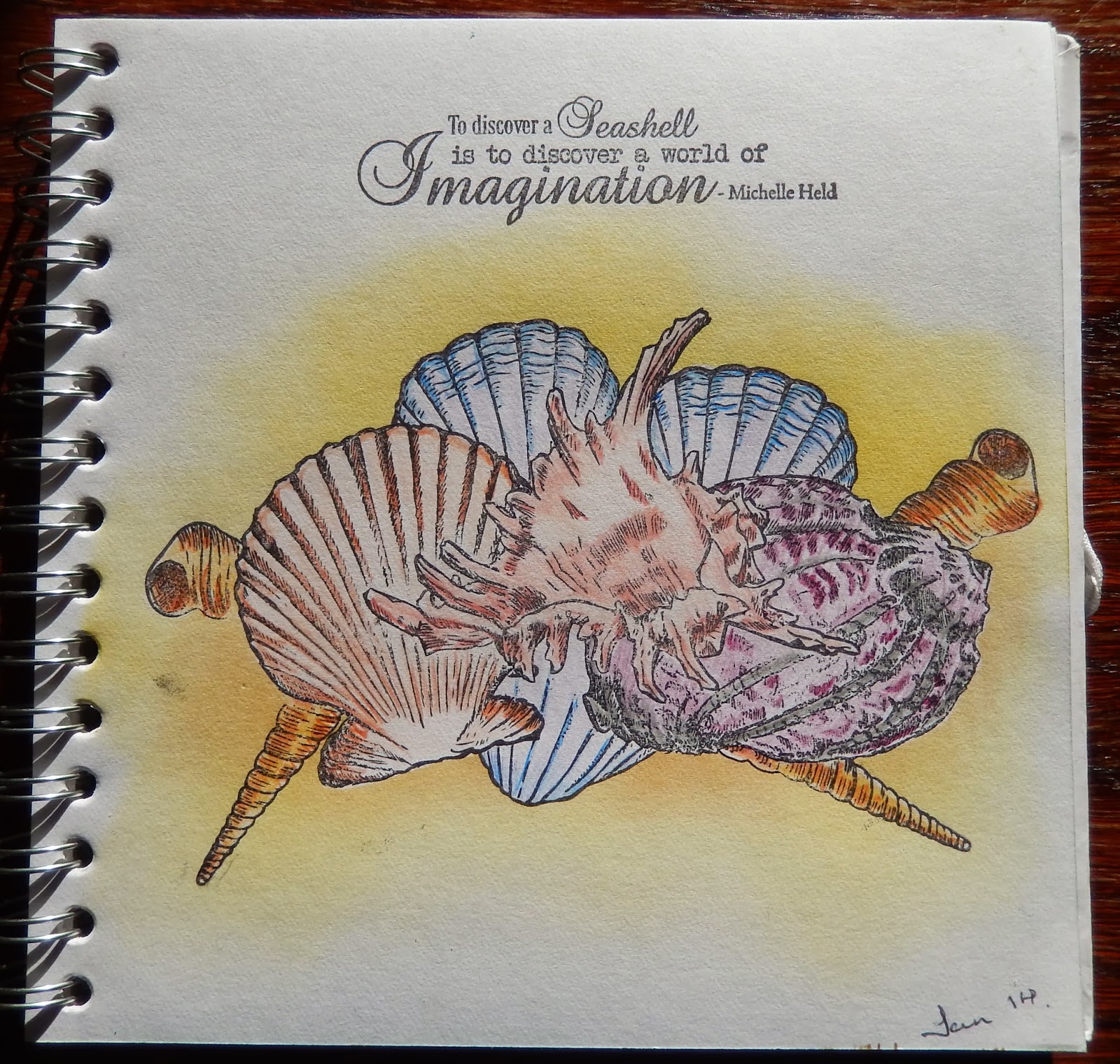 Along with the fishermen and the shells there were lots of pelicans. These are such a common sight along the Florida coastline, but it took me nearly 2 weeks to get a photo of them. While we were stopped, we saw fish jumping out of the water (too fast for the camera). Hubby says they were being hunted by something bigger than them under the water, we never saw what that was though. 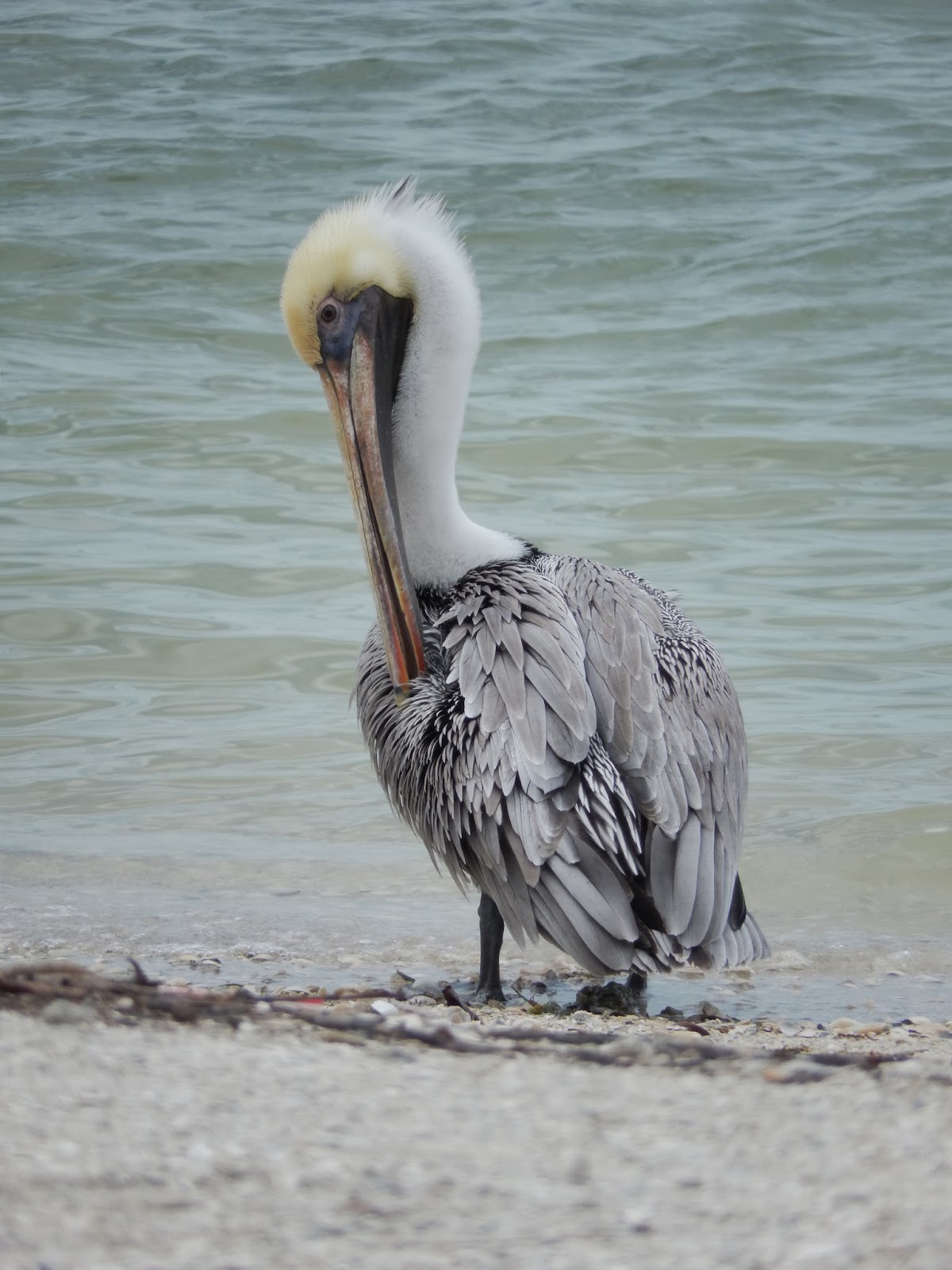 Hi Sue, lovely play with these shells! Like them also and of course the sea........warm greet Miranda

I just love this Sue! The colouring is perfect. Another stamp that I have not taken out of the packing! I love everything about the sea having grown up in a seaside village. Michelle x

Oh wow! This is fabulous Sue. Hope you don't mind if at some time in the future I try to 'case' this.
Beryl xx

Hi Sue, beautiful page with the shells, love it. Your photo of the Pelican is fantastic. Have a great day, Shirleyx

what a fab idea to make a page like this to remind you of your wonderful holiday and the colouring is so beautiful. x