Last year Glenda Waterworth from Chocolate Baroque ran a series of email tutorials called Mojo Monday. Every week I would save the email with the intention of getting around to trying some of the wonderful techniques. You've probably guessed I didn't get around to it. So when Glenda announced that she was going to run them again this year, my immediate thought was "This year I will make something the week the email is sent out". Which brings me to week one and the technique which is repeat stamping, for this I've worked on a tag (like Glenda and also used the same sets of stamps as she did, Indian Elephant and Indian Textiles). The stamp pads I used were Big and Juicy - Soothing Sunset and Hydrangea. As the stamps were small ones I could pick between the colours that I wanted to use. I then inked around the edge with Spiced Marmalade distress ink. Next I took one of the larger stamps from the Indian Textile sheet and embossed this with Wow Gold embossing powder, then coloured the image in with distess markers. Next I cut around the outside of the image before mounting it onto an oval of matching card. I also went around the outside with Spiced Marmalade, then mounted the complete topper onto the tag. I'm now waiting to see what is on the agenda for next week. 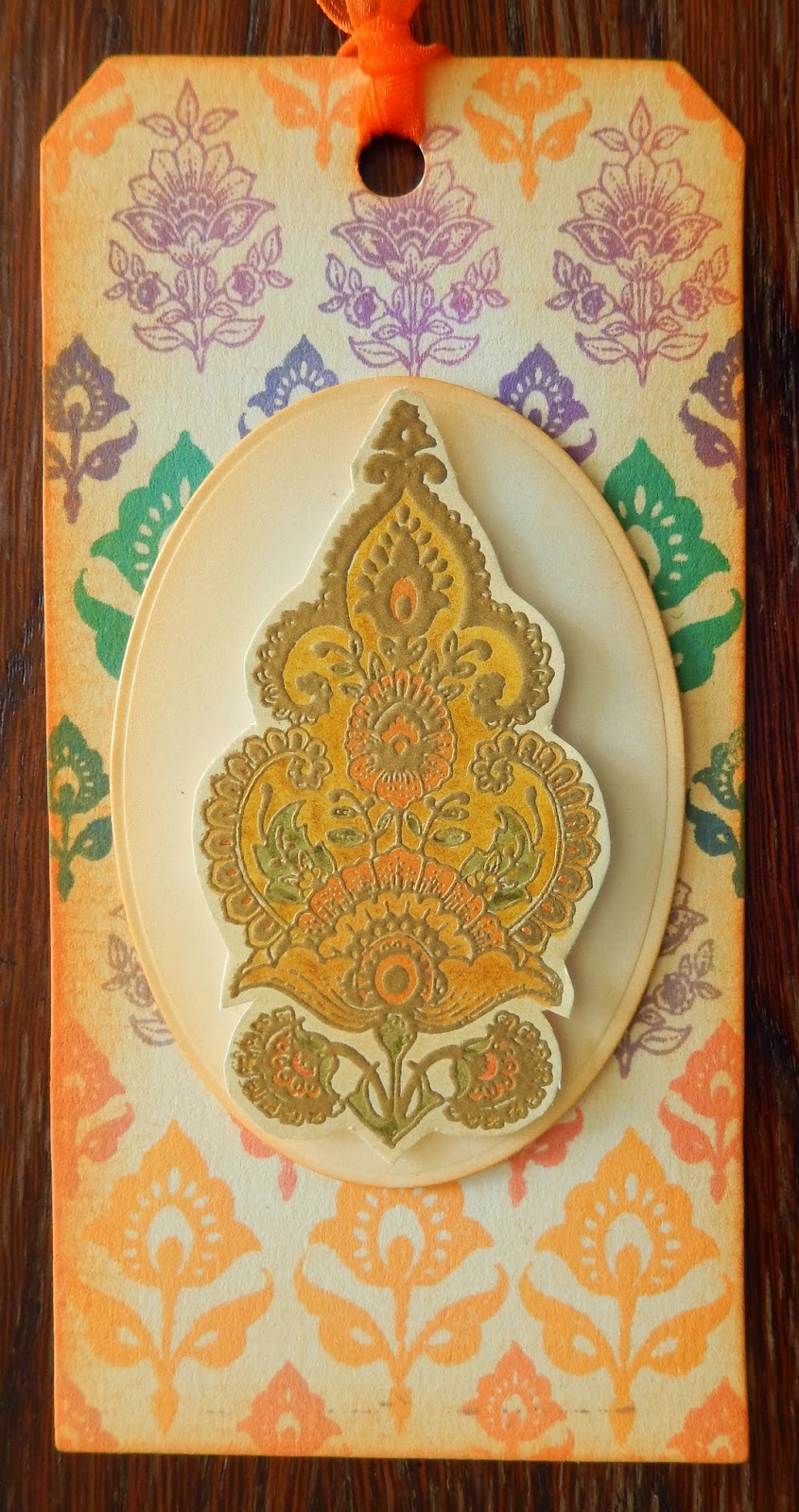 Hi Sue, beautiful results with Glenda's technique. I should try this as well, I love the results. Beautiful colours and design! Happy Easter, Shirleyx

Another stunning creation Sue. I love tags and you have made this one so special with fabulous stamping and gorgeous spicy colours to match the theme. Hope you are enjoying this lovely long weekend! Michelle x

Ohh, Sue! That is absolutely gorgeous! I love it! I could do with someone doing a set of tutorials to coincide with school holidays!

This is lovely Sue, like this technique too! Have a happy Easter, xMiranda

I was full of good intentions last year too when these emails arrived!! Great bit of repeat stamping on this tag. Hope you're having a good weekend although the weather has made a change for the worse today.

What a beautiful tag , dear Sue , I love the colours and the image!!Great stampingwork!!

Greetings and I hope you have a nice Eastertime!!
Maria